The merger of two global leaders Ecolab and Nalco created the strong desire to have teams from traditional headquarter locations in Castle Hill and Banksmeadow respectively, relocated in one facility to create ONE Ecolab culture. Approximately 300 office employees needed to be relocated in one location, at 2 Drake Avenue North Ryde (corner of Epping Road and Lane Cove Road), at the Pinnacle Office Park ‐ a contemporary new office park located in Sydney’s second largest business precinct at North Ryde. Sense Projects were appointed by Thoughtspace on behalf of Ecolab for the Ecolab Tenancy Fitout works to the Ground Floor level & Levels 2 and 3.

Ecolab were to occupy approximately 4,093m2 of fitted out space on levels 2 and 3 of the building. The existing tenancy was in an excellent state and Ecolab wanted to preserve much of the existing fitout as possible. Workstation churn, alterations to the existing built environment, including the reconfiguration of meeting rooms and 13 offices, plus the provision of a larger workplace café/breakout area on level 3 represent the major components of the scope of works including the Design & Construct of all services to suit new layouts and configurations . In addition, two meeting rooms located on the ground level, adjacent to the reception area, required the removal of a party wall and replacement with an acoustic operable wall in order to allow for flexibility in catering for larger style meetings and/or events. Design and construct of ceiling services (position of fire services, air grilles, lighting and the like) in accordance with the new configuration were required as well as the design and adjustment of services including upgrades to accommodate user requirements for power, mechanical and hydraulic services; supply and install of signage and other requirements for BCA compliance for the layout; Co-ordination and adjustment of services in conjunction with the Client representative concerning IT setup, telephone and data systems, MATV and the like. All fitout works were carried out in accordance with the Tenancy Fitout guidelines issued by Aristocrat while the remaining floors of the building continued to operate during the project. 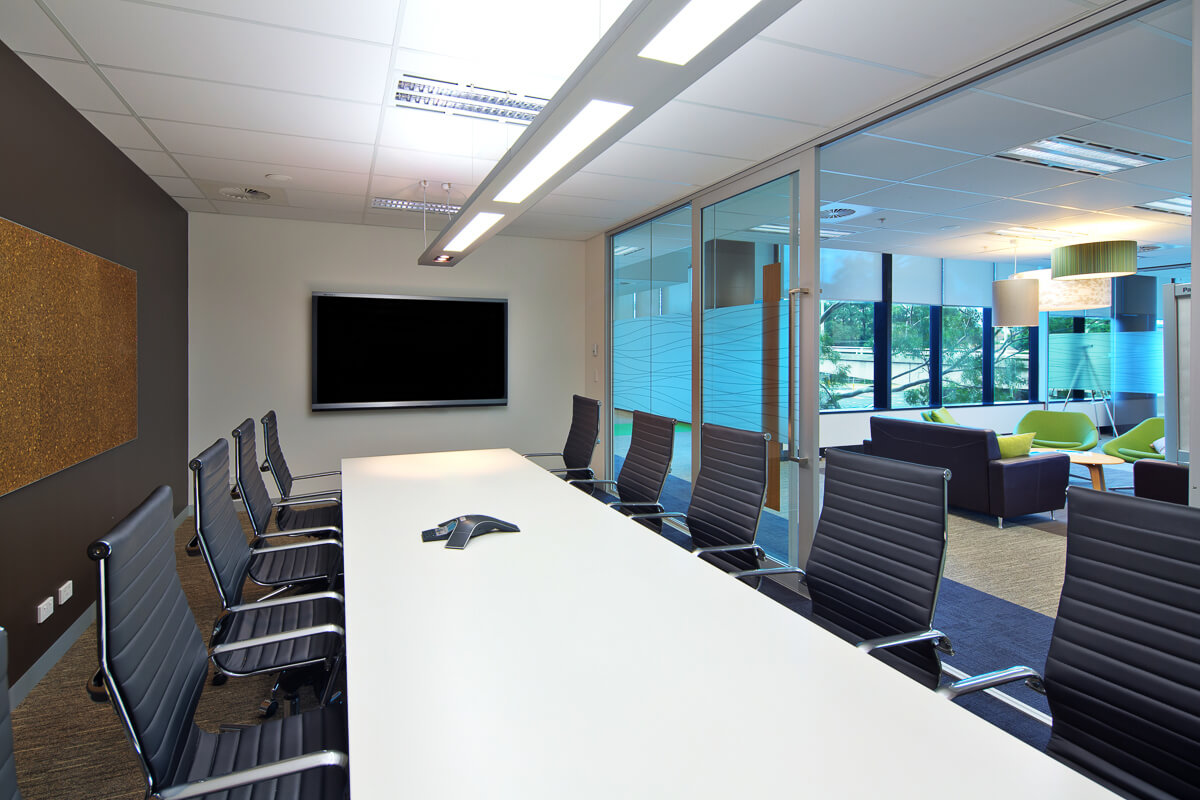 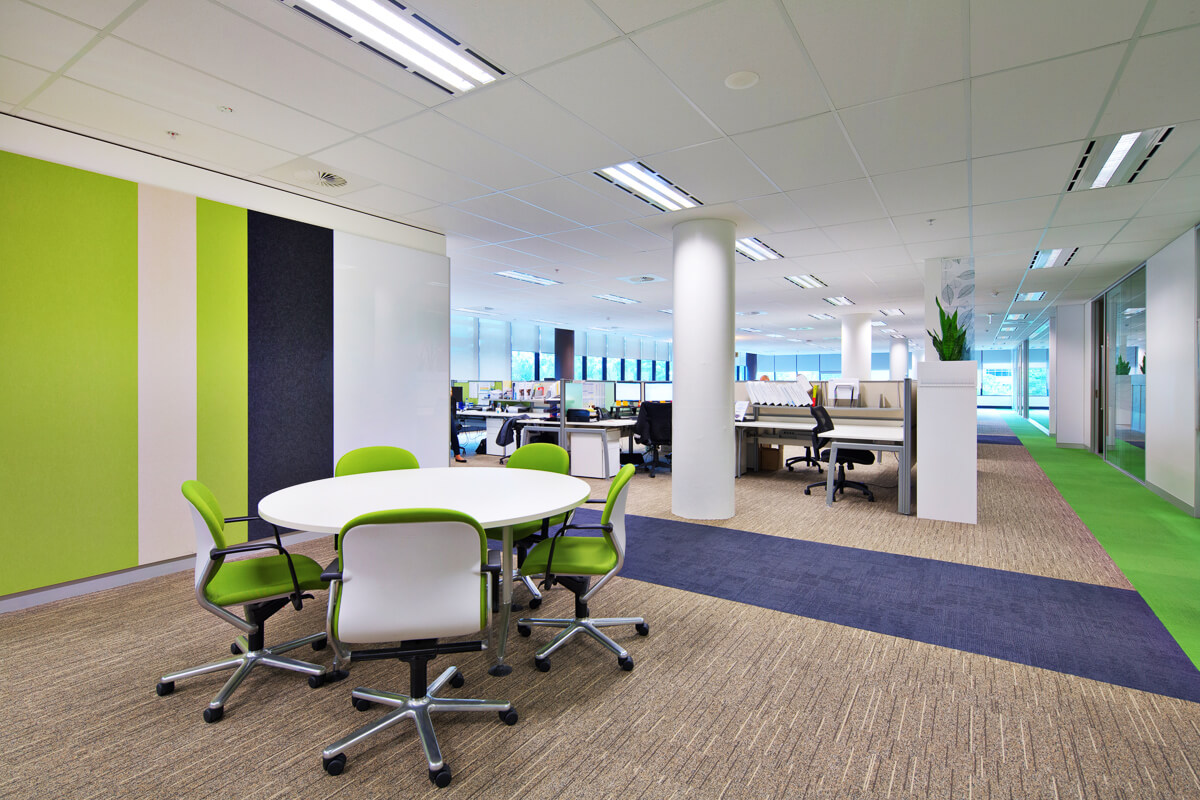 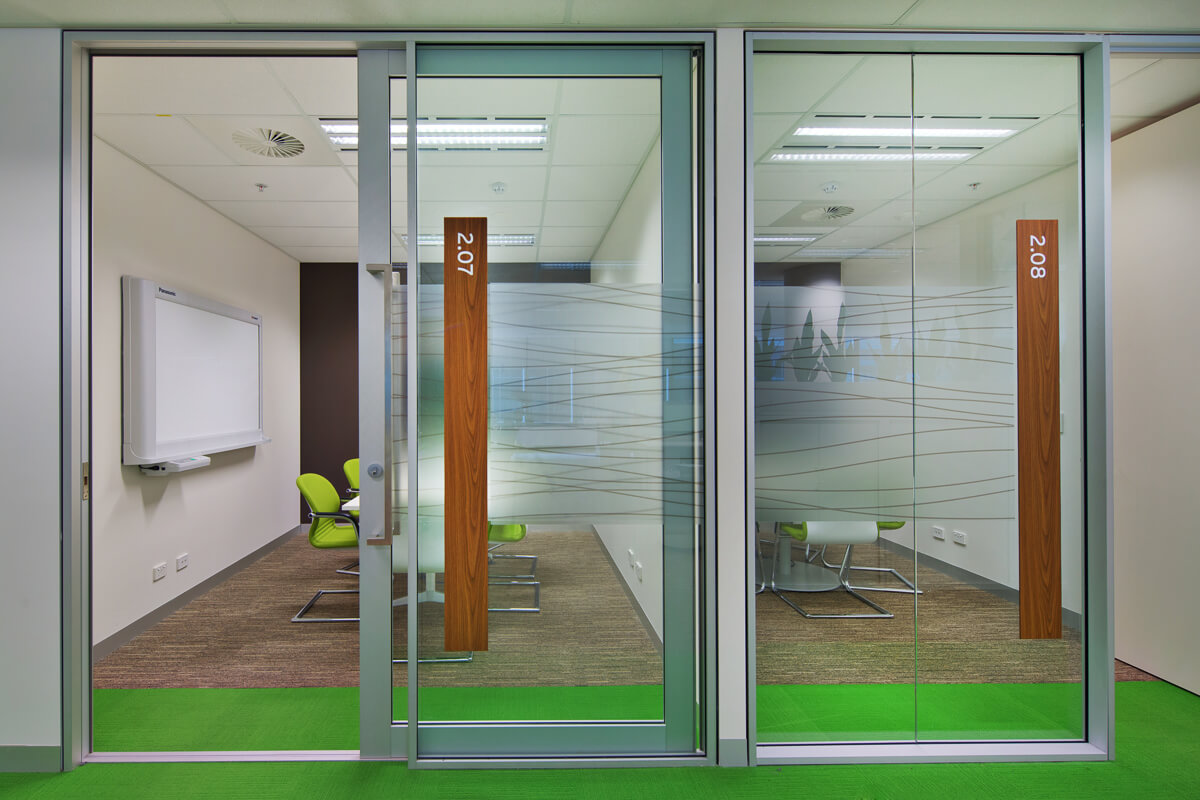 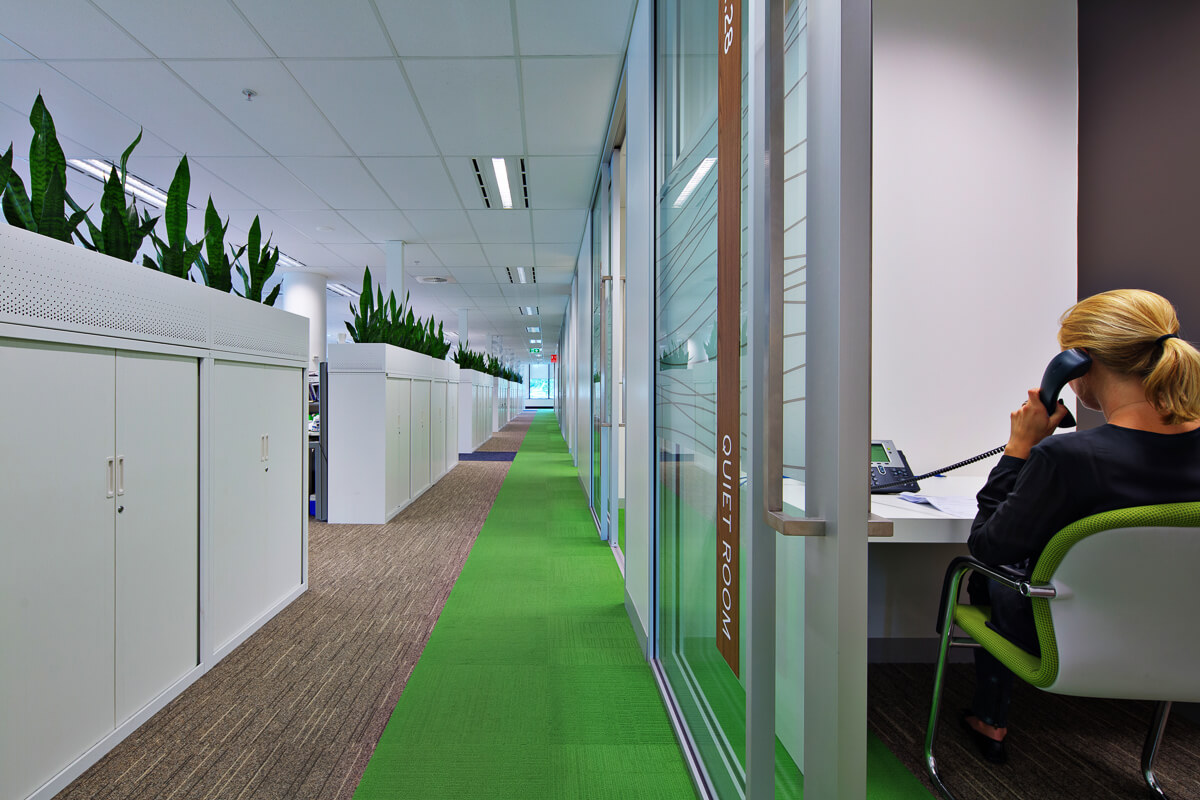 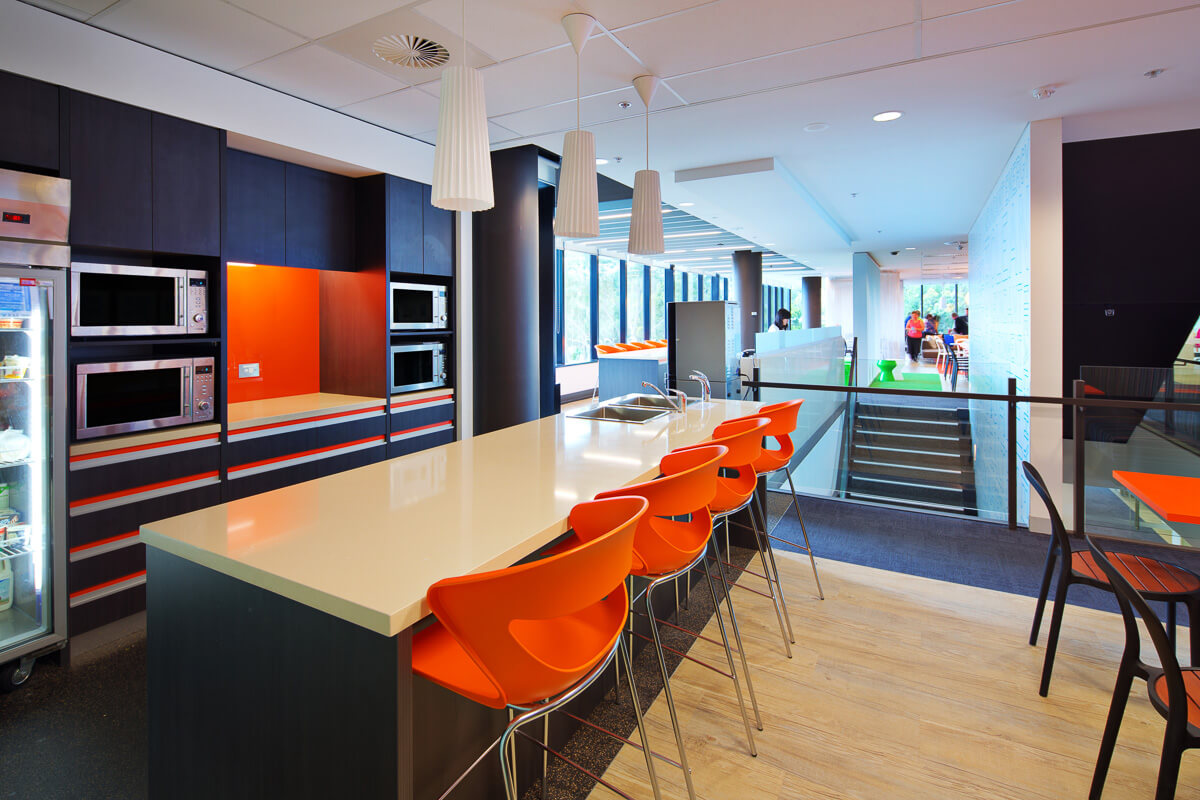 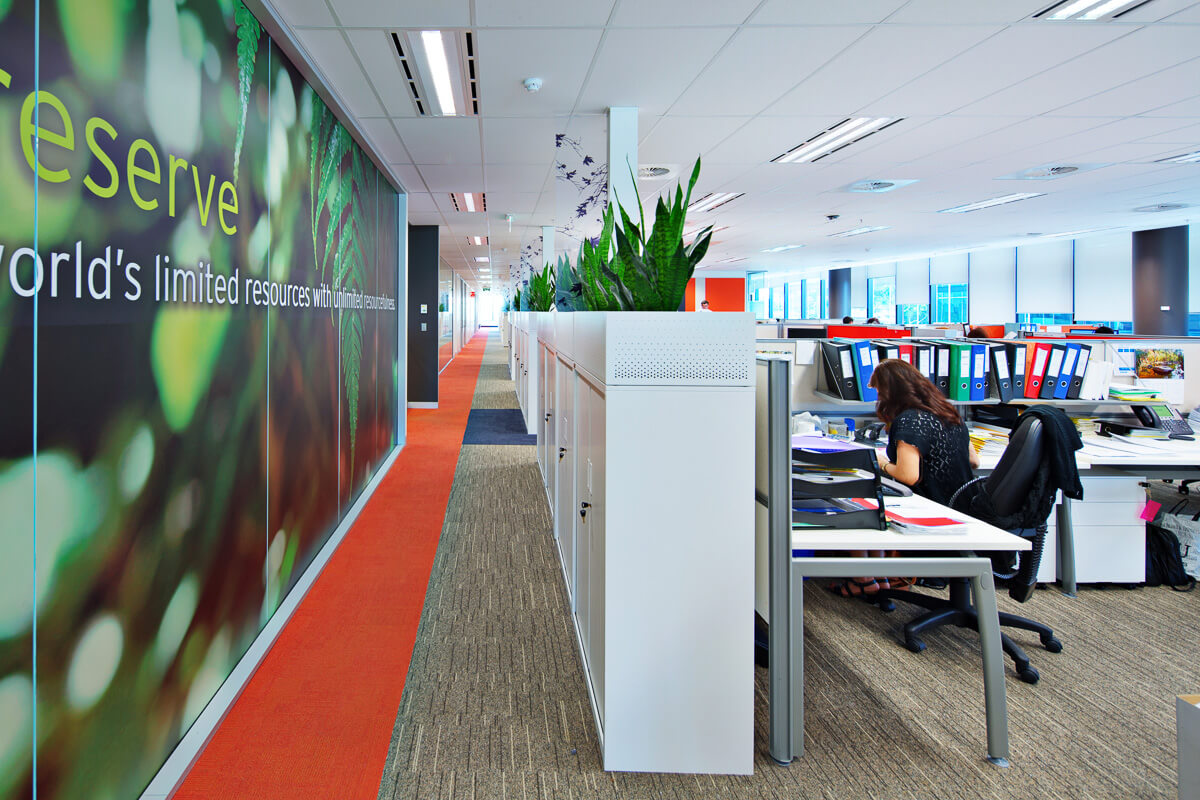 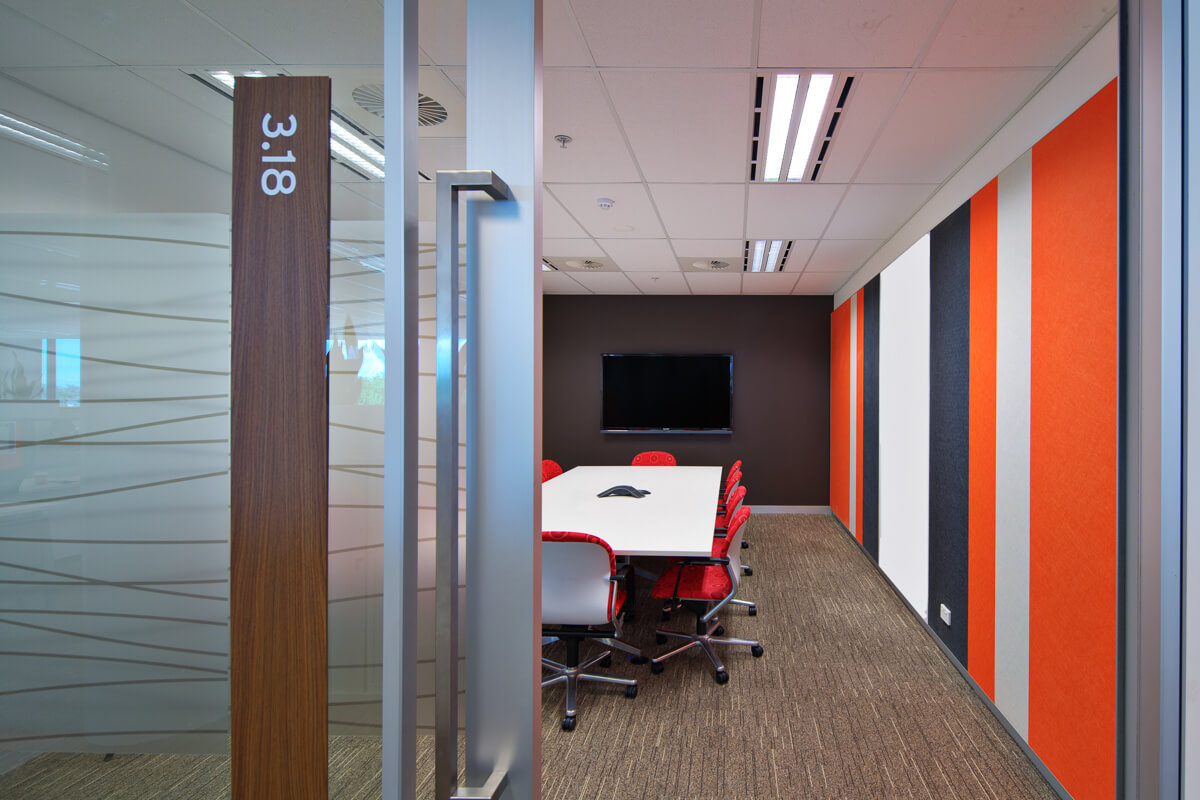